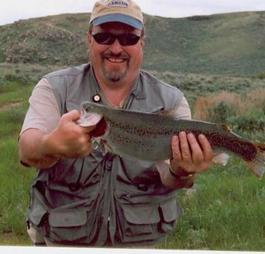 A fifth generation Coloradoan, Richard Brady was the City Attorney for Greeley for 24 and half years, retiring in November,  2012.  During that almost unrivaled tenure in office he received City Attorney of the Year 3 times which is voted upon by the city attorneys across the state.   He endured over 1200 council meetings, helped litigate and settle many issues in almost every area of law.  He also suffered being my boss for a few years as well.

Rick graduated from Colorado University in 1976 with his undergraduate business degree.  He attended Gonzaga Law School for a year, and then returned to Colorado University to finish his law degree in 1980.  He was hired by Johns Manville as a temporary law clerk and was quickly promoted to supervising over 100 attorneys to oversee discovery in a very complex asbestos abatement case.  It involved over 100 million pieces of paper, took over 5 years to complete, expanded from a temporary clerk to well over 100 attorneys, demanded many trips across the United States and Canada, and settled for $900,000,000.  The settlement put the proceeds into a trust account for beneficiaries all over the United States and Canada.

With the settlement, Rick was out of a job.  After a brief period out of state working for Grant Thornton International, Rick returned to Colorado in 1986 doing litigation support for the Attorney General’s Office with work that included Rocky Mountain Arsenal and later with AIG in insurance claims.

In 1988, Rick was hired as an entry level Assistant City Attorney in Greeley.  His first year he completed the franchise rights to the PVREA (Poudre Valley Rural Electric Association), which had involved 15 years of litigation.  By 1989, he was the acting City Attorney.  Over the years he’s handled contracts, insurance issues, entertainment law, cablevision, sweat lodge fire, water law, oil and gas law, land use, criminal law, and historic preservation issues.  Amazingly, this should be considered a short list.  As he puts it, his career at the City was “from parking tickets to the Supreme Court.”

Rick served as the Vice President of the International City Attorneys Association as well as President of the Colorado City Attorneys Association three times.  Rick helped with creating the city council candidate orientation, helped direct the city council on 1% Art Fund and the development of Boomerang Golf Course, as well as finalizing the contracts to donate property for the Greeley Youth Sports Complex- all of those completed without any increase in taxes.  Rick is still involved in Catholic Charities and Outdoor Buddies, a group that helps disabled sportspeople get back into the field to fish and hunt.  He also helped create the Poudre River National Heritage Area.   Rick and his Wife Kathy have 5 children and 7 grandchildren together.

As my previous boss and still a good friend, I learned many things from him.  I have never seen such a good cop/bad cop presentation as with Jeff Parins, another former colleague I consider a friend.  That was legendary.  He taught me the art of patience in administrative actions and to not lose focus on the bottom line.  He taught me that ignoring baited affronts usually paid off in dividends for our client, the City of Greeley.  I still appreciate the lessons he taught me, and continues to teach, as we drive up to Wyoming to fish.  I am lucky to have him as a friend, and the City of Greeley was very fortunate to have him as such a solid foundation for all those years.